The PCE-02 electronic catalyst emulator is a microprocessor device that analyzes the signal of a lambda probe located after the catalyst and generates such an output signal as it would be at the output of the sensor if the catalyst is in good condition. 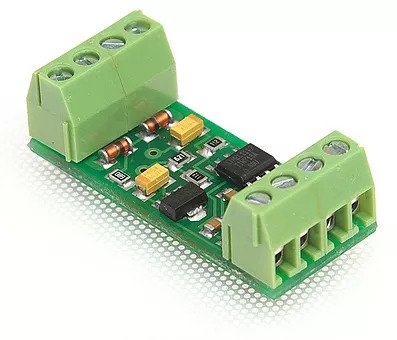 The PCE-02 electronic catalyst emulator is a microprocessor device that analyzes the signal of a lambda probe located after the catalyst and generates such an output signal as it would be at the output of the sensor if the catalyst is in good condition.

The development of the end of 2015 has absorbed many years of experience in solving problems that arise when removing a catalyst in a mode that does not disrupt the operation of the electronic engine control unit, taking into account all the self-diagnosis functions and adaptations. It features convenience and ease of installation.
The emulator is designed to work with zirconium lambda probes (narrow-band probes that provide a signal in the range from 0 to 1 V). The device is included in the gap wires of the catalytic oxygen content sensor. The device is powered from the power supply of the sensor heater.
​
* The device will not work on some cars of American manufacturers, where there is no mass on the sensor wires, and instead it is supplied with the reference voltage from the control unit. Check it is very simple - there should be no voltage on the ground wire relative to the car body or the negative terminal of the battery.
** Special care should be taken when connecting the signal output circuit. Applying third-party voltage to this contact will damage the device and void your warranty.
​

To connect the device, determine the place of its installation on the wires from the oxygen sensor, then cut all 4 wires in this place, remove the insulation from the formed ends of 5 ... 7mm and connect the wires to the emulator, as shown in the figure below. Pay attention to strict compliance of the position of the emulator with the pattern - be guided by the location of the radio components on the emulator board.
Go
The white wires in the figure are the heater, gray is the ground (or ground), black is the signal. The same figure shows the correspondence of the color of the wires of sensors from different manufacturers.

When connecting, please be careful! Remember that the wrong connection can disable the emulator, which will lead to the termination of the warranty.

It is important to understand!

The lamb probe located behind the catalyst is designed to work with a well-mixed gas mixture. Mixing occurs due to the different lengths of the paths of the passage of gases through the honeycomb of the catalyst and, accordingly, due to the different time spent by the gases on the passage of these paths. A feature of such mixing is the high speed of the process, since the mixing takes place dynamically, and not due to mixing in a large volume.
Go
Most modern cars in the American market and many cars in the European market use strict catalyst path control - a lambda probe that takes into account both the degree of change in the oxygen content during the passage of the catalyst and the dynamic characteristics of this process.
Go
Until recently, it was considered impossible to ensure the correct passing of tests for the dynamic characteristics of the path. The PCE-02 emulator is the first device that allows such self-diagnostics tests to be performed, but for this it is necessary to ensure the correct (fast dynamic) mixing of the mixture after the removal of the catalyst. Such mixing can be ensured either by using ready-made flame arresters with multi-paths of gas, flame arresters with swirlers, or self-made counterparts.